If you have read any of this, or the write up about FrankenJeep, you will know that I have an affinity for Jeeps. I love Jeeps of all shapes and sizes. Okay, many of these new ones are crap, but anyway – I love Jeeps.

I really love Jeep trucks! I have the J20, Hyde, that I write about here, and at last posting I told you that Hyde was not doing so well. Over the last week, he did get a new pair of shoes (the good) but we knew he still had engine problems, and I told you the clutch was going out. He broke down again shortly after I put on the new tires, and I lost my brakes when I was pulling into my driveway (the bad).

You may, or may not, know that I own another Jeep truck (if you pay extra attention in my picture posting of the hot rod Jeep known as FrankenJeep, you could have guessed it). Yep, some time ago, I bought a Jeep Comanche. It is like the little XJ Cherokee, only a pickup truck. 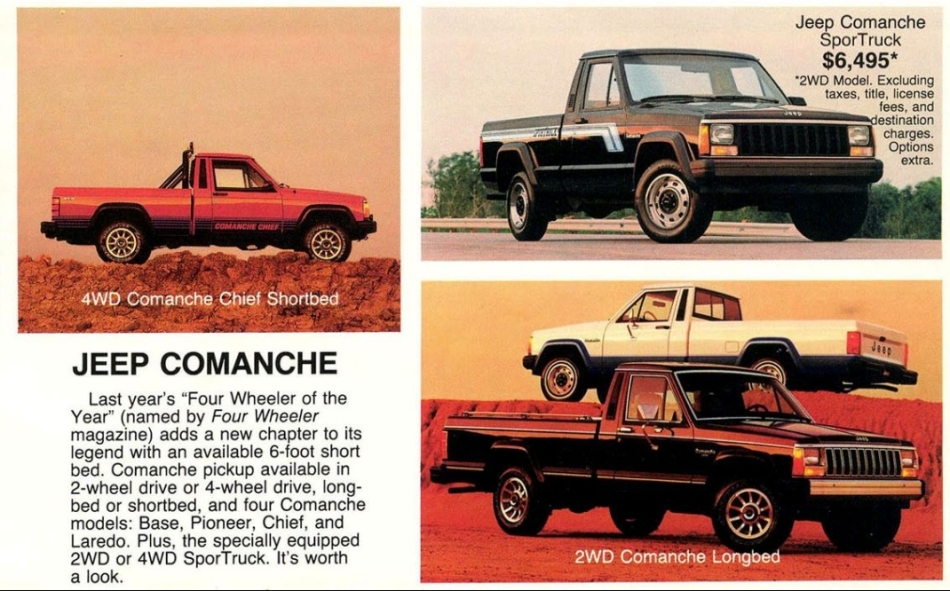 I got it from a Navy veteran in Tucson, and he told me that he used it to go from there to Deming, New Mexico for hatch chilies. He explained that it got pretty good mileage and that his son also used it for some light construction, and industrial yard work jobs. I knew I was not getting a pristine truck here (the ugly). Both doors creaked when you opened them and it looked like someone put bubblegum on the hinges to keep them in place. I had intended on buying an XJ Cherokee and using most of it to build me a new Little Big Jeep Parts Hauler.

Between Hyde and Frank, I never really got to give much love to this little Mighty Mac. The old man said it had been sitting for over a year, and I bought it quite some time ago – the truck was nearing two years, or more, sitting and never getting the attention it deserves.

I met Gary, and he happened to be looking for such a Comanche (short bed/manual/4×4). He figured that he and his son might be interested in it, so they came over today and looked at the little truck. We spoke numbers and agreed it was not really worth a whole lot of greenbacks. He asked me what I had into it, and what I wanted out of it. I told him outright, “Look, I do not really think I can get much money out this; and to be honest, I do not need money. I need my J20 fixed.”

He asked me what was wrong with my J20, and I told him. He gave me the numbers on what he would normally charge someone to do those jobs and it tallied out to be greater than the worth of the little MJ. I countered with “What if you only helped me do the jobs? You did not do them yourself. You take the little truck, and you help me get my J20 running.” He liked the sound of that, and we shook on a deal.

What does this all mean? It means that I will not get to build a little Mighty Mac right now. It means someone is taking off with my little Comanche. It means that I can get the J20 fixed up some more and have a truck again. It means I have put a reprieve on Hyde’s death sentence. He will be put on life support so he will live long enough to kill him and resurrect him to be the truck he was destined to be. Haha! See what I did there, with a Phoenix reference… and I live in Arizona? Never mind.

We each have our own business to attend to, but we have a date in late September to transfer the truck for mechanical labor. I will let you know what happens then!